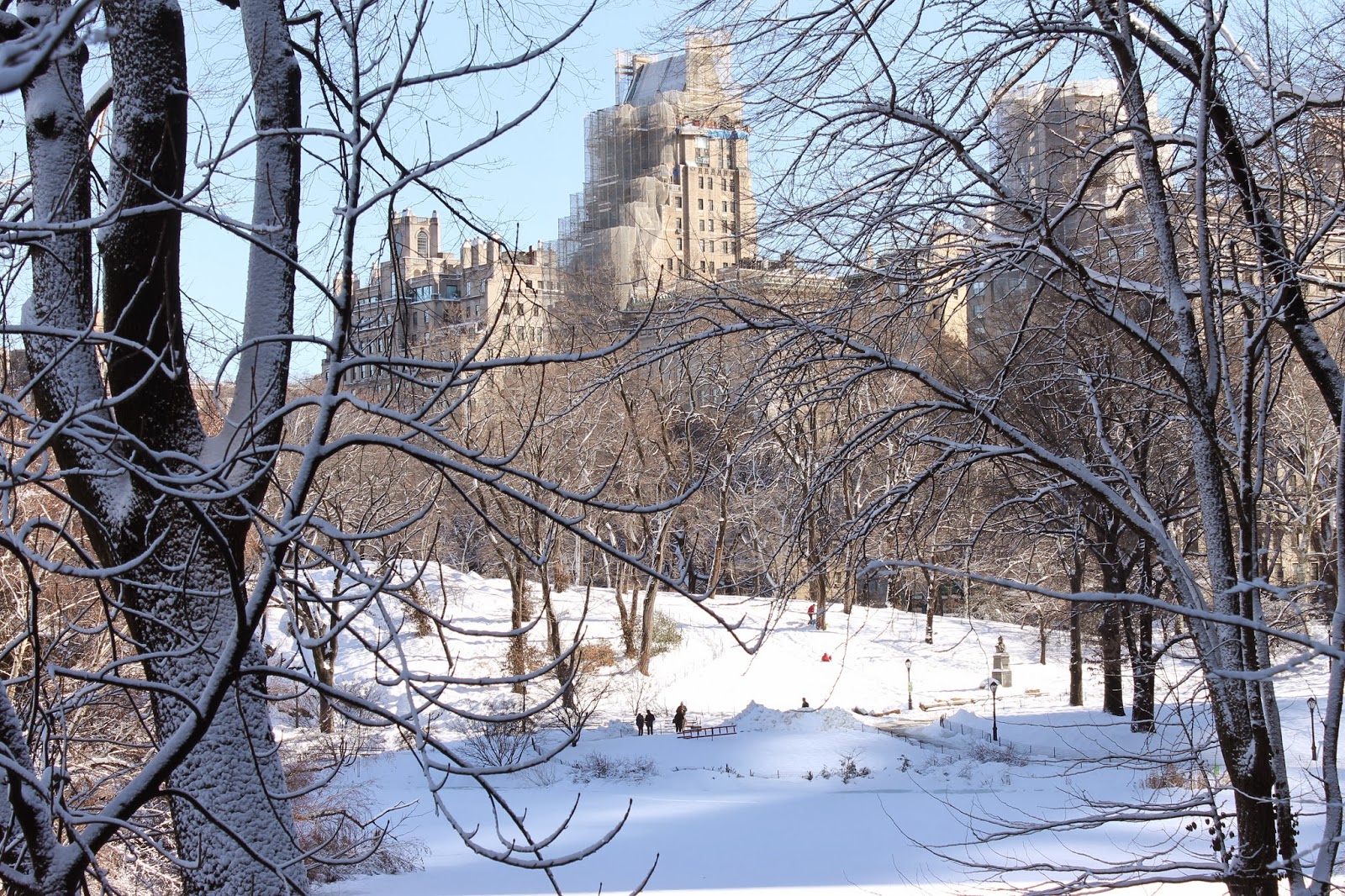 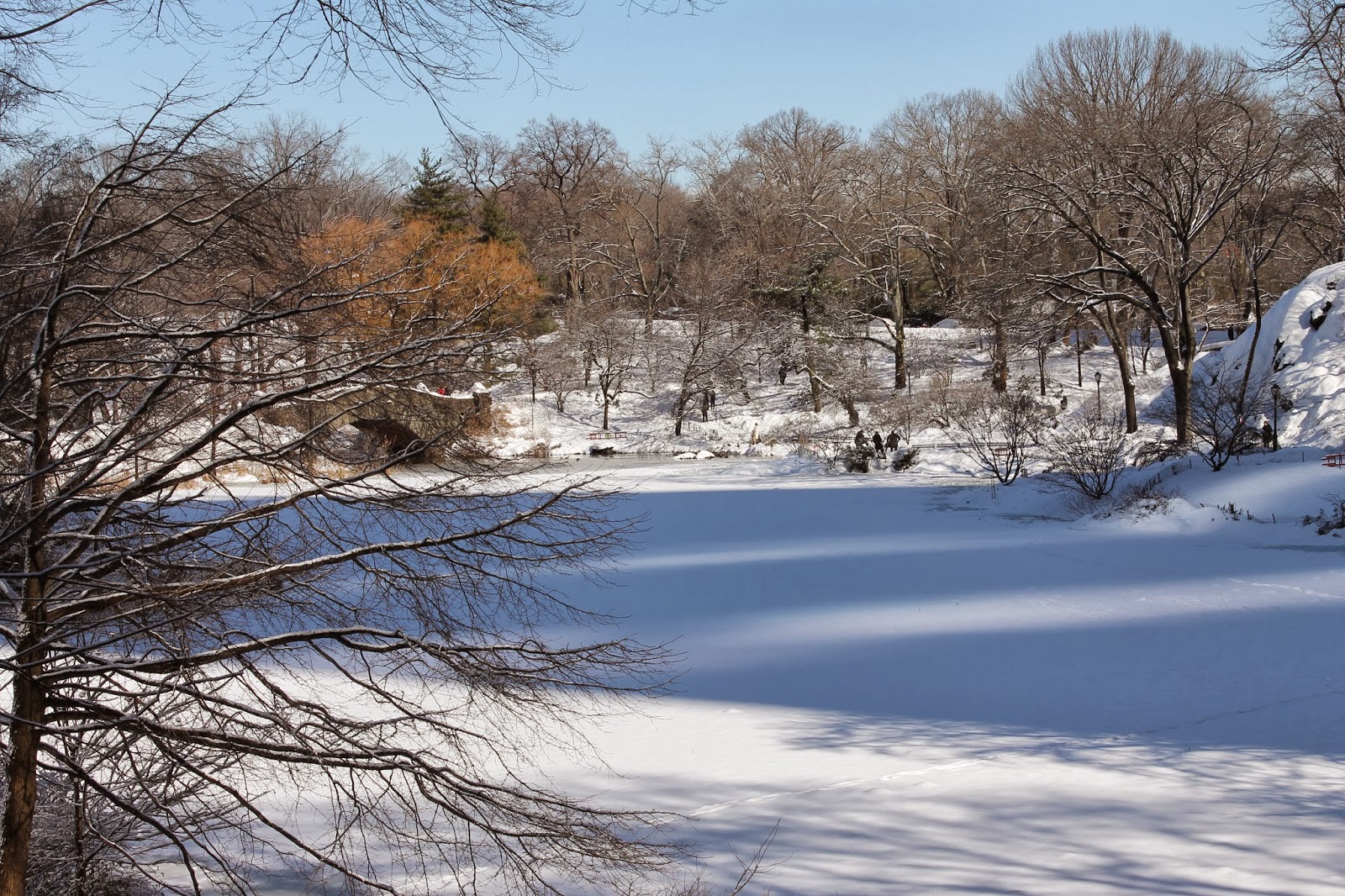 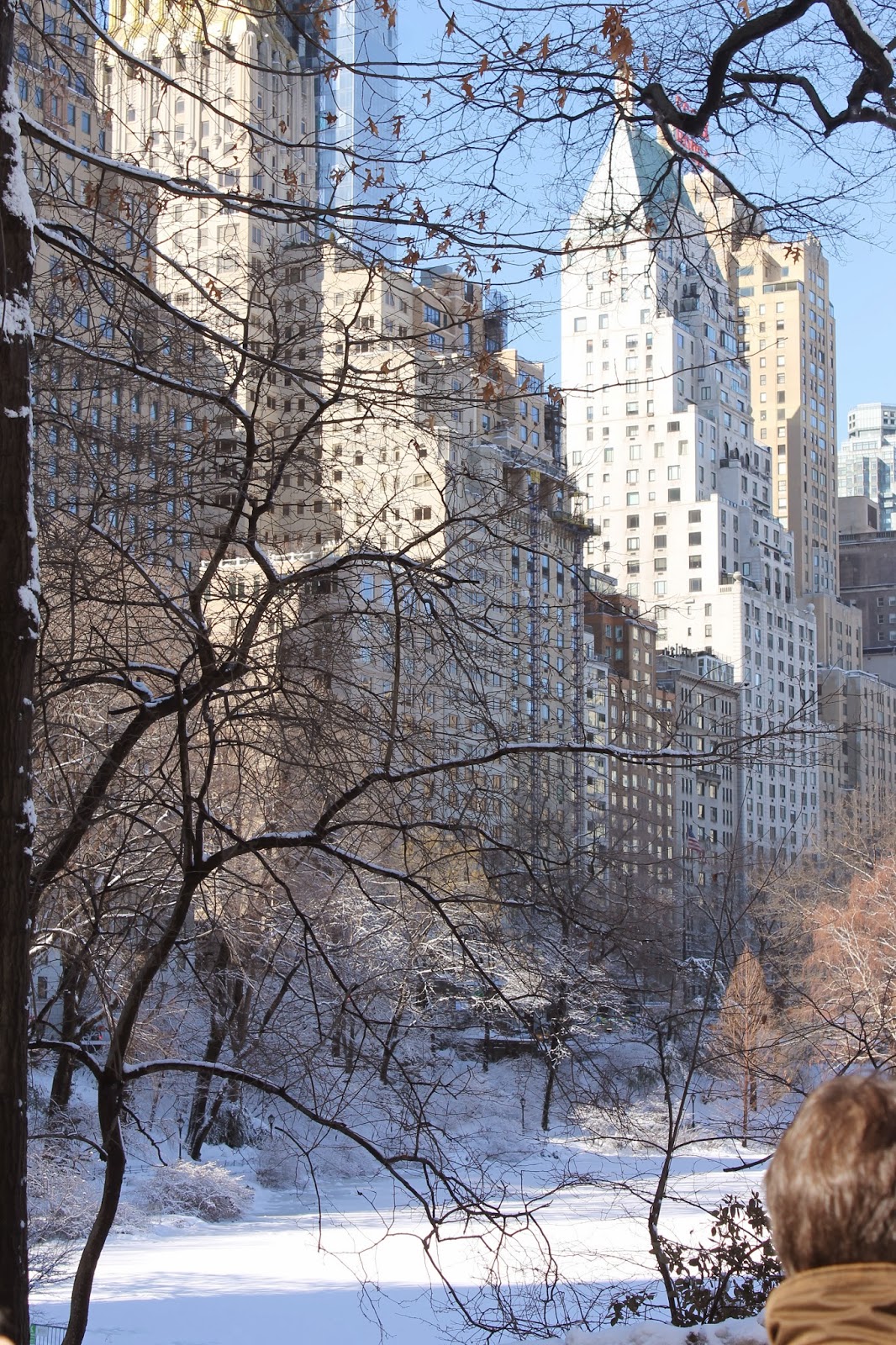 Anyone who is visiting New York for the first time will realize immediately the lack of trees and parks, if this person is coming from the countryshire or a small town like Cáceres. I felt stressed in New York, besieged by cement, asphalt and neon lights. Central Park was a brief relief for the Talkative Granite in his wanderings through the city. But nothing green could we find there after the stormy weather that the city has suffered in this winter. The infinite whiteness of thick snow contrasted widely with  huge grey buildings and the blue sky after the big snow storm on February 16th. I would dare to say that N.Y. is the most impressive city I have ever seen in my whole life, but definitively, it´s not the place where I would like to spend more than a short season. No doubt of it.
Publicada por Angelillo à(s) 08:49 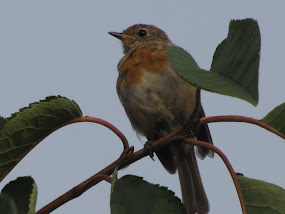 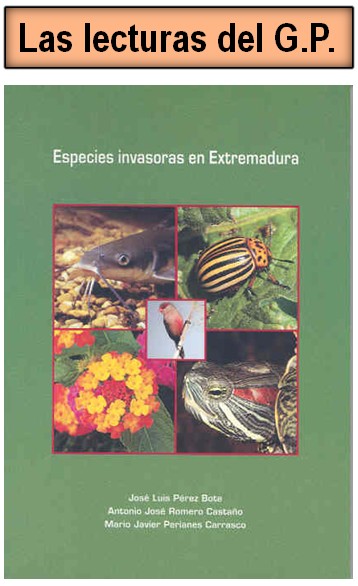 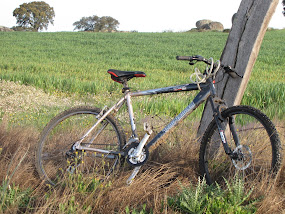 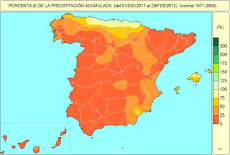 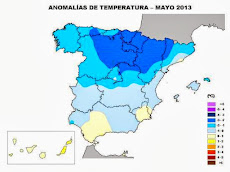 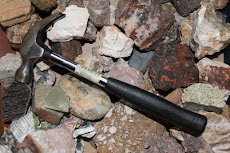 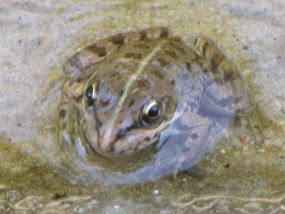